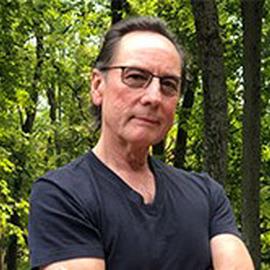 Steve W. J. Kozlowski, Ph.D. is a World Class Scholar and Professor at the University of South Florida (previously Michigan State University). He is a recognized authority in the areas of multilevel organizational systems theory; team leadership and team effectiveness; and learning, training, and adaptation. The goal of his programmatic research is to generate actionable theory, research-based principles, and deployable tools to develop adaptive individuals, teams, and organizations.

His research is, or has been, supported by the Agency for Health Research and Quality (AHRQ), the Air Force Office of Scientific Research (AFOSR), the Army Research Institute for the Behavioral and Social Sciences (ARI), the National Aeronautics and Space Administration (NASA), the National Science Foundation (NSF), and the Office of Naval Research (ONR), among others. His research has generated over $10M in funded work. He has produced over 500 articles, books, chapters, reports, and presentations and his work has been cited over 32,000 times (Google Scholar). Dr. Kozlowski is the recipient of the SIOP Distinguished Scientific Contributions Award and the Interdisciplinary Network for Group Research (INGRoup) McGrath Award for Lifetime Achievement in the Study of Groups. He is the Editor for the Oxford Series on Organizational Psychology and Behavior and Editor for the new SIOP/Oxford Organizational Science, Translation, and Application Series. He is the former Editor-in-Chief and a former Associate Editor for the Journal of Applied Psychology. He is an Editorial Board Member for the Academy of Management Review, the Journal of Management, and Leadership Quarterly, and has served on the Editorial Boards of the Academy of Management Journal, Current Directions in Psychological Science, Human Factors, the Journal of Applied Psychology, and Organizational Behavior and Human Decision Processes. He is a Fellow of the American Psychological Association (APA), the Association for Psychological Science, the International Association for Applied Psychology, and the Society for Industrial and Organizational Psychology (SIOP). He is a Past-President of SIOP (2015-2016). Dr. Kozlowski received his B.A. in psychology from the University of Rhode Island, and his M.S. and Ph.D. degrees in organizational psychology from The Pennsylvania State University.